That's right folks - it's here. It's not on browser anymore because it does tend to glitch a lot and not have accurate beat detection so it just makes sense to make it download only. It's been a very long week of staying inside of a library and doing 5 million different things at once for hours BUT hopefully that will have paid off. ( And I made sure I got sleep because self care is important!!!)

So just to recap what major differences there are between this version and the Kickstarter version...

This is the version that used to be online. It's more close to a normal rhythm game and it lacks a lot of roller derby simulation stuff 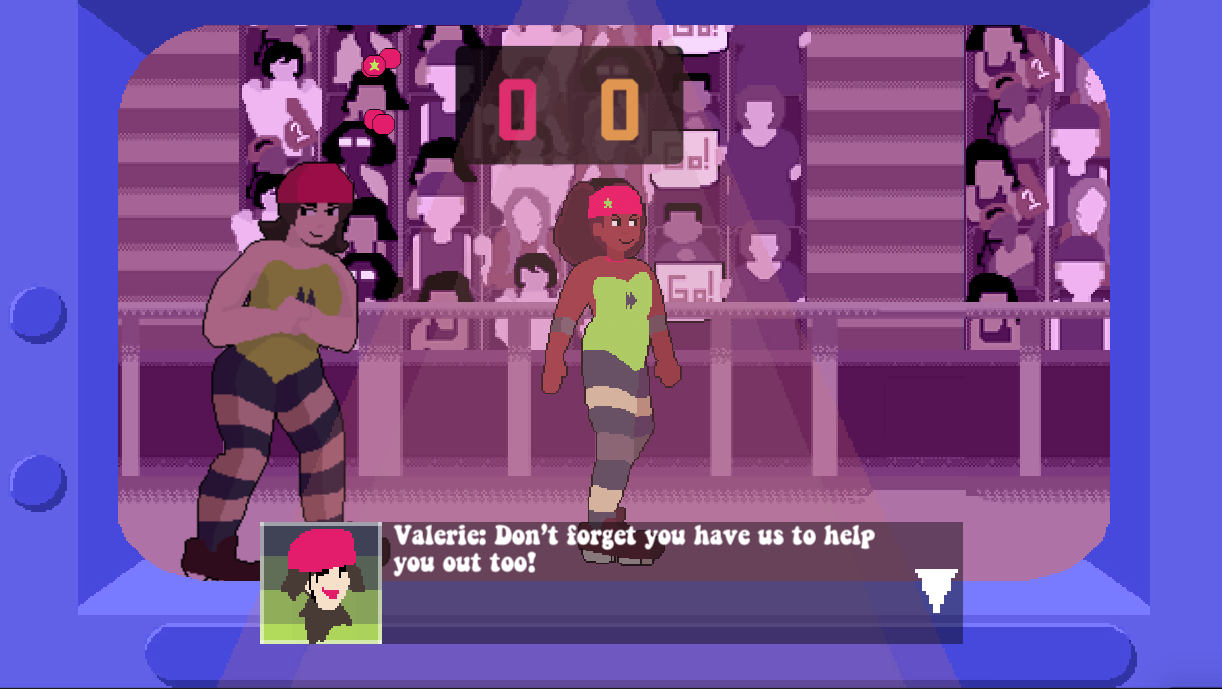 Screenshot of a scene during the tutorial

I fleshed at both teams quite a lot over the past few months, mapped out the story and Kickstarter backers get access to chapter 1 next week in the Beta >v> I even changed the dialogue system so that you can go back previous lines of text ( and added lil icons so you know who's saying what)

This new demo is only the prologue and while it's very similar to the original story, I edited it so that there's different dialogue options based on your stats ( because basically I went back to the original Skate & Date prototype) 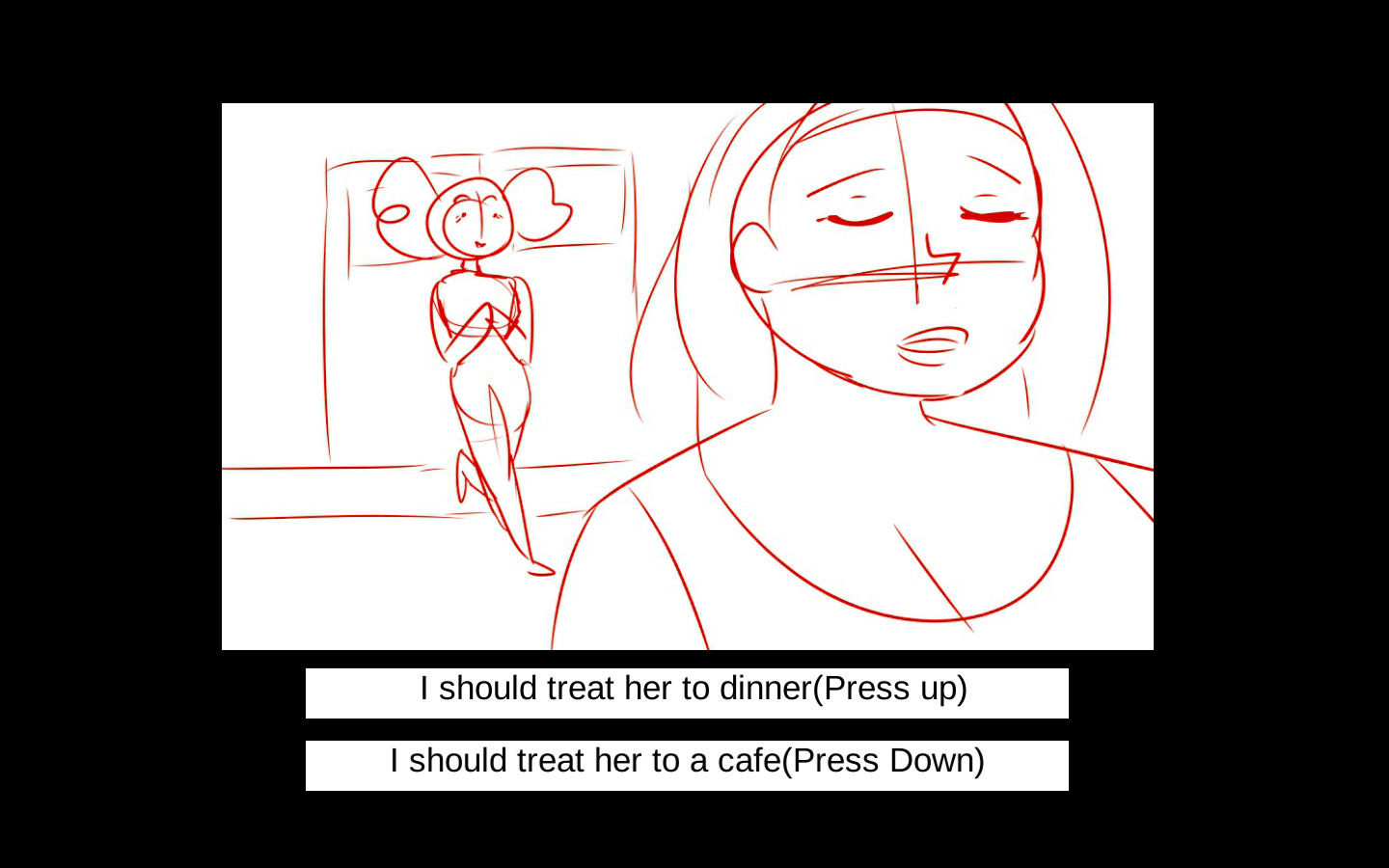 In the first version of Skate & Date you had "Aggressive" and "Smooth" moves I believe and they basically affected Maggie's personality making your choices different. In this version there's "Agile" "Bold" and "Charismatic" stats/move types that affect the story.

The main reason for these big changes are because I want people to know how their actions affect the story without being confused and I wanted to make a rhythm game where you can get creative with the game and not follow something mandatory.
Rhythm games with mandatory beats are of course fun, especially to me, but I really wanted to do something different and not too hard while making it enjoyable.

In this public demo I made pausing, retrying, and losing possible!
( Also you don't have to lose to get a bad ending!...Not that I'm calling endings bad/good endings anymore. There are still 4 endings but you can interpret them however you want! And the effects will make more sense later on anyway)

I added two more playable songs to freeplay mode ( One is the title screen shortened while the other is the first song in chapter 1)
Unfortunately that second song is a little weird beat detection wise so far, but I'm going to do my best to fix it ASAP)
Other things that needs fixing/tweaking are the very glitchy minimap, the move execution and some other needed things ( like the UI, settings and etc...)  There may possibly be an update by next week in the midst of working on the Beta, but we'll see...Finals season is coming for me after all.

There's a new slow motion feature for if you're going really fast and you're about to pass someone and there's probably some other notes I missed, but I'll make sure to mention them eventually.

It's wild to think I've worked on this game for more than a year now because I've never done that before and  here we are. A whole year later. It's been really hard balancing school, work, this, and my own health/issues these past few months, but all the support I've gotten from friends, mutuals and many others has been so great. I just appreciate it so much!!

If you'd like to join Skate & Date's brand new newsletter you can join *here* and if you'd like to donate to Skate & Date you can do so *here*
Lastly, after playing the new demo if you could fill out the feedback form I'd greatly appreciate it! There's possibly a handful of bugs I haven't come across yet soooo yeah.

Thanks and hope everyone's having a wondrous day! 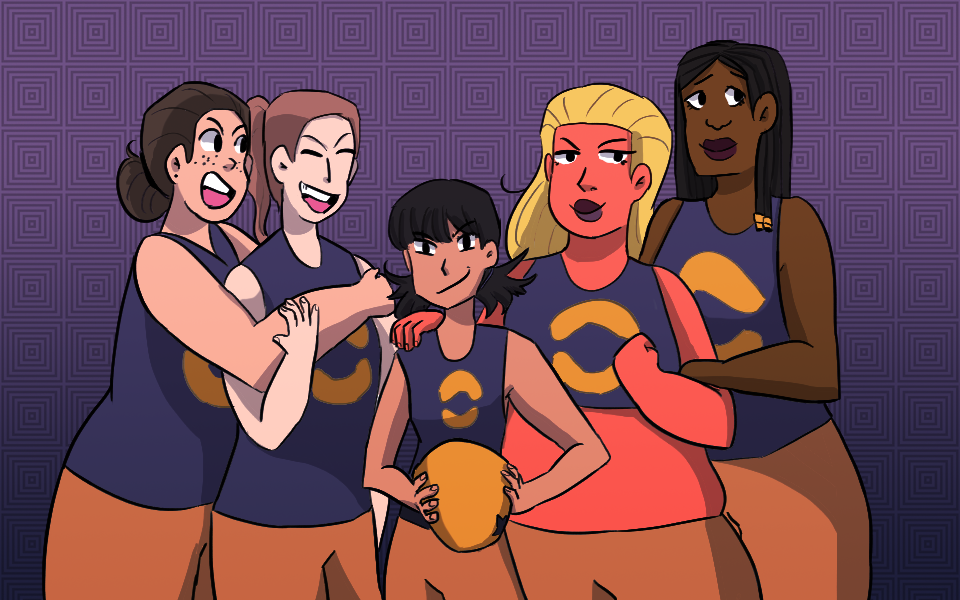 It's the Psyche Girls!!!