How Do You Know?  is a narrative puzzle game where a girl named Nova tries to help her friend Madeline realize she's being abused by her friends. Doing so isn't easy, but luckily Nova gets a bit of help along the way.

The concept of How Do You Know? was a finalist  for the Jennifer Ann's Group Gaslighting Game Design challenge.

CONTROLS:
Use any key to make the text proceed.
Use the arrow keys to move your hand.
Use the mouse to rearrange the text and choose options.

The game is a little janky at times like during the puzzle scenes.

During any text message scenes you may need to scroll down ( with two fingers) to see the current message being typed out.

The GDWC3 years ago

Really nice story! I liked the art in the game, it was really good. The music also created a really great atmosphere. One thing I would've wanted was to be able to see what the final message was before they continued talking, when all the words were correct it instantly just continued and I didn't have time to read the whole message. Other than that I really enjoyed the story and characters :D

I don't know if you've heard of Game Development World Championship before (gdwc2019) but it's a competition for indie game developers where they can submit their games and it's free! It's great if you want some more visibility for the game and it only takes a couple of minutes to join :)

I know this was made for a game jam and won't be taken back to work on it but for future reference I think you should have a better transition between each shot/scene/segment + a bit of a tutorial on how the puzzle thing worked? i didnt figure it out until half way. 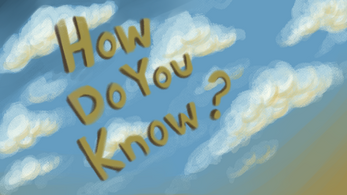